Why Do My Hands Get Swollen?

13 April, 2021
This article has been written and endorsed by el médico Diego Pereira

Unless the cause is due to a chronic pathology, in most cases the swelling tends to reverse itself. Therefore, it isn't always necessary to go to the doctor. 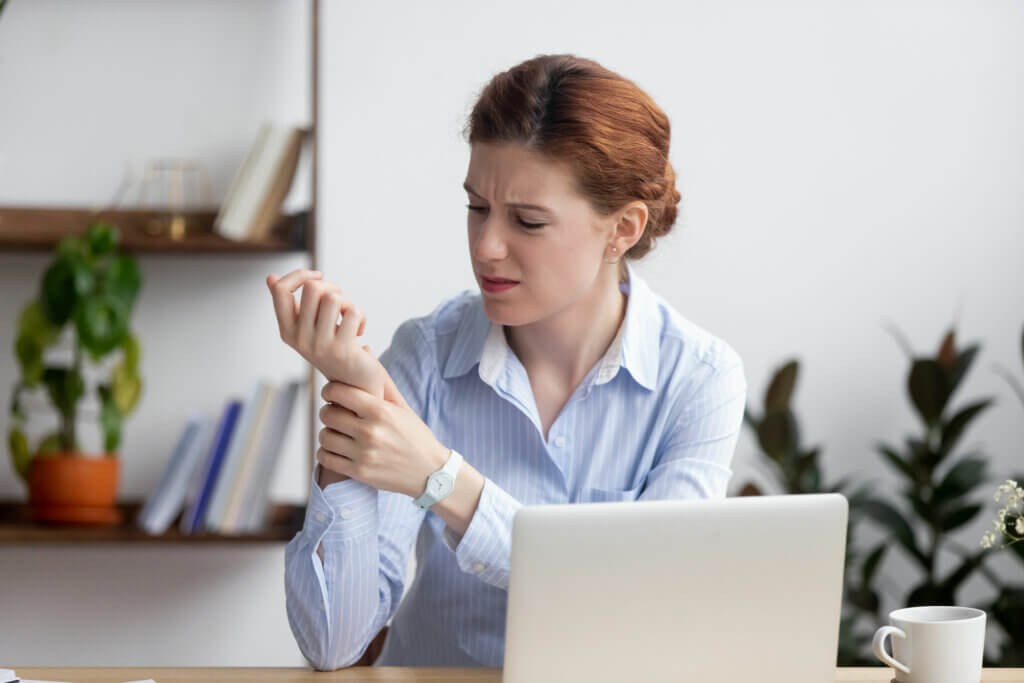 There are many reasons why your hands can swell. It doesn’t imply that there’s an underlying organic pathology, as several common situations can cause the volume increase.

We’ll now summarize some of the most frequent causes and the specific conditions in which going to a doctor is necessary. Keep reading!

Some basic concepts of anatomy and physiology

The swelling (edema) of any part of the body is a consequence of various physical phenomena related to the cardiovascular system. This system is made up of the heart and blood vessels, which can be venous and arterial.

When there’s an increase in hydrostatic pressure within the blood vessels, the release of water towards the surrounding tissue is favored. This can swell the hands and the rest of the limbs.

The decrease of some substances in the plasma, such as albumin, can also produce edema in any part of the body. This is explained by a physical phenomenon called osmotic pressure, which decreases as the concentration of plasma proteins and sodium decreases.

In addition to diseases and illnesses, there are external factors that can alter the balance of blood vessels, and each of them corresponds to a different mechanism. We’ll also describe the most frequent ones in this article.

Most cases of swelling of the hands are mild, and can occur in response to environmental stimuli. In rare cases, it’s due to acute or chronic pathologies that require treatment to prevent the progression of symptoms. We’ll tell you all about it here.

According to a publication from the Mayo Clinic, constant physical exercise can swell your hands. As the symptoms are mild, patients are often aware of this by having difficulty removing their rings after a training session.

Although there’s no clear cause to explain this phenomenon, it may be due to the redistribution of local blood flow in response to temperature variations. This is common during outdoor exercise and is, of course, influenced by environmental conditions.

It isn’t usually a serious medical problem, especially if the edema isn’t very intense. To avoid fluid build-up, it’s advisable to move your fingers and raise your arms frequently before, during, and after training.

In very rare cases, swelling of the hands during exercise can be the result of hyponatraemia (decreased plasma sodium).

High-performance athletes who consume large amounts of fluid are the most likely to suffer from this condition. These cases require medical treatment, and can be suspected when there’s mental confusion.

This term is used for a group of pathologies whose fundamental alteration is the inflammation of the articular tissue. It can be a consequence of infections, joint degeneration, autoimmune phenomena, among other conditions.

Rheumatoid arthritis, for example, is a chronic inflammatory disease that can swell the hands, especially in the joints that join the bones of the fingers, called interphalangeal bones.

This edema is usually hot to the touch and has redness on the surface of the skin, since it is an inflammatory phenomenon.

There’s usually severe pain associated, as well as the deviation of the fingers in chronic and severe cases. Therapy with non-steroidal anti-inflammatory drugs such as ibuprofen is recommended in most cases.

Just as with exercise, climates with intense heat often cause a redistribution of vascular flow. Blood is diverted to the surface of the skin through a phenomenon of vasodilation, resulting in profuse sweating. This is a way for the body to lose heat when there are adverse environmental conditions.

In certain conditions and patients, this process can also swell the hands. Symptoms are usually mild and transient, and so it isn’t necessary to see a doctor unless there are other important clinical manifestations such as increased heart or respiratory rate, mental confusion, loss of consciousness, or hypotension.

These latter symptoms usually occur in heatstroke, whose main pathophysiological characteristic is a failure in the thermoregulatory mechanisms, accompanied by dehydration, kidney damage, and hypovolemic shock, in very severe cases.

Common or table salt is called sodium chloride. An excessive consumption of this substance can cause an increase in sodium in the plasma, which tends to increase the osmotic pressure and promote fluid retention and high blood pressure.

However, in rare cases, excessive salt intake can cause hypernatremia, which is a pathological increase of this substance in the plasma.

Above, we mentioned how hyponatremia in athletes is capable of swelling the hands, and this may sound a bit contradictory. The fact is that both disorders are capable of causing edema by different mechanisms.

The increase in sodium causes edema by increasing the hydrostatic pressure in the arterial blood vessels, while its decrease does so by lowering the osmotic pressure, in isolated cases.

Not all vascular structures carry blood inside them. The lymphatic vessels contain lymph, a substance rich in fats, and cells of the immune system, and so they’re closely related to the lymph nodes.

Some pathologies can swell the hands and other parts of the body (especially the lower limbs) as a result of diseases of the lymphatic system. The onset of symptoms occurs over several months, and the edema is harder than that produced by the extravasation of water.

The most common causes are birth defects, inflammatory, tumorous, and infectious processes. Within this last group, lymphatic filariasis stands out, a parasitic disease produced by Wuchereria bancrofti, although according to a publication of the World Health Organization (WHO) it can cause significant bodily deformities.

These types of situations are characterized, from a molecular point of view, by exposure to a foreign environmental agent in the body that’s capable of stimulating the activation of eosinophils, mast cells, and basophils. In addition, they’re accompanied by an intense release of immunoglobulin E.

The typical clinical presentation capable of swelling the hands is angioedema, also characterized by facial edema, urticaria, and itching (pruritus). There are many substances capable of triggering this condition, including cinnamon and alcoholic beverages.

In severe cases, facial edema is capable of causing airway obstruction, for which immediate treatment is required. There are several drugs to reverse the clinical condition, which can range from antihistamines to adrenaline.

Swelling of the hands: is it necessary to go to the doctor?

It isn’t usually necessary to go to a specialist in an isolated event of hand swelling, especially if it reverts spontaneously and there are no associated symptoms. In all other situations, it is important to request a medical evaluation, which may initially be with a family doctor. 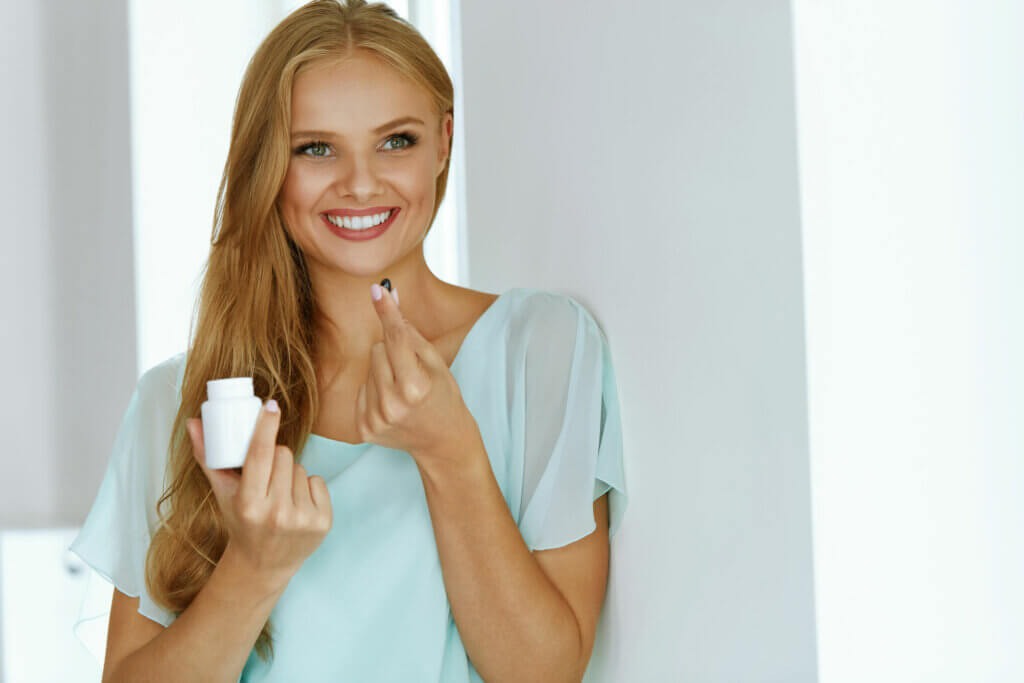 Threonine: An Essential Amino Acid for the Liver System
Threonine is an essential amino acid that has special power in protecting liver health. Read more » 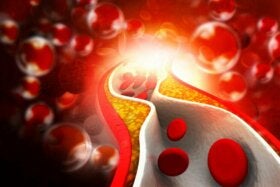 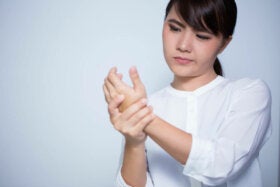