Why Do We Have a Fever When We’re Sick?

Fever is an unequivocal sign that we are sick or that something isn't working well in our body. They are a great ally when it comes to fighting infections, however, it can have serious consequences if not controlled properly. 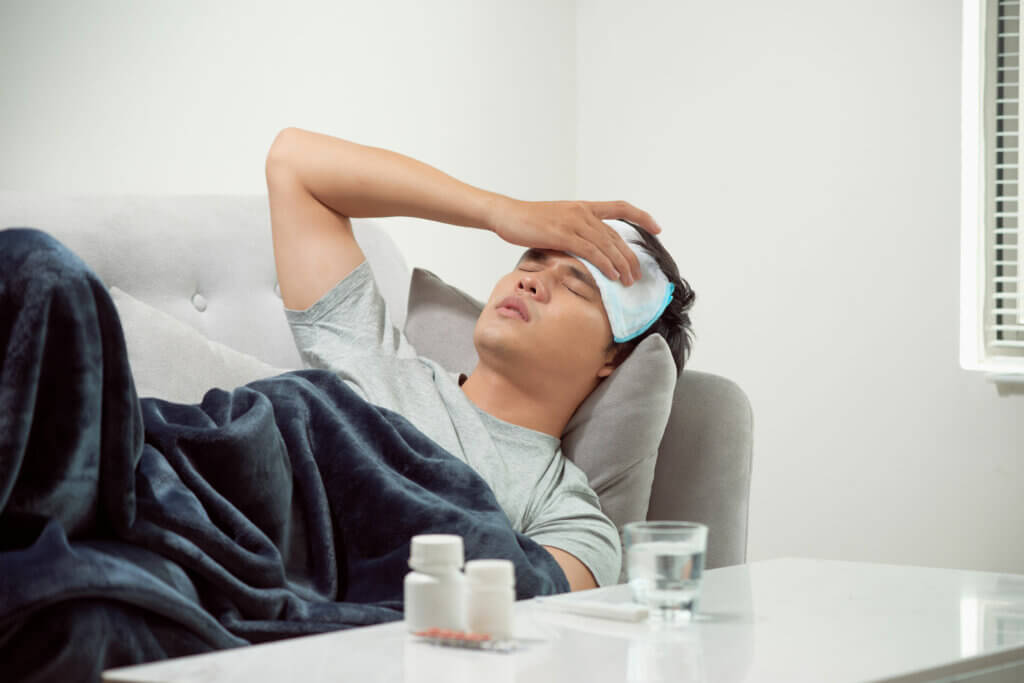 The human body is able to tell us when something’s wrong, and it does it through different signs and symptoms. One of the most characteristic signs of illness is the presence of fever, but why do we have a fever when we’re sick? Keep reading and we’ll tell you all about it.

Normal body temperature can vary from person to person. In addition, studies show that it may depend on the area where it’s taken and the time of day. Generally speaking, the average body temperature is 37 degrees Celsius, however, it can increase a few degrees at night.

Maintaining the temperature at 37 degrees Celsius guarantees the proper functioning of the body. If the temperature rises or falls excessively, the body will suffer damage at a cellular level that can even lead to a person’s death.

Before getting to know why we have a fever when we’re sick, we first need to define this symptom. Simply put, fever can be defined as an increase in a person’s body temperature above 38 degrees Celsius, in which there must be an increase in the hypothalamic set point.

Fever must be differentiated from low-grade fever, which is an increase in temperature of less than 1 degree. This symptom is very common in various pathologies, especially those of an infectious nature such as pneumonia.

Fever is considered a defense mechanism against pathogens, since most of these microorganisms aren’t capable of surviving high temperatures. Unfortunately, your own cells are also affected by the increase in temperature.

When a temperature of 40 degrees Celsius is reached, the body is unable to carry out its functions properly. If the temperature continues to rise and reaches 43 degrees, the proteins suffer severe alterations and the patient may die. Conditions that can cause fever include the following:

Why do we have a fever when we’re sick?

First of all, you should know that body temperature is regulated by a structure located in the brain known as the hypothalamus. This organ is capable of triggering peripheral mechanisms that either increase or decrease the temperature of the human body when necessary.

Unfortunately, there are substances capable of altering this precise control, thus generating unexpected and pathological variations. A quick and easy way to know why we have a fever when we’re sick is to get to know the pathophysiology of this symptom.

When a pathogen enters the body, it can synthesize a series of substances that activate the immune system – these are known as exogenous pyrogens. The cells that make up this system will be able to capture these substances and synthesize specialized proteins that are called endogenous pyrogens.

The role of endogenous pyrogens in fever

The latter trigger the inflammatory process but are unable to enter the brain. However, they interact with structures close to it, and this will induce the synthesis of a substance called prostaglandin E2.

This substance will travel to the hypothalamus, where it will inhibit heat-sensitive cells and stimulate those that are sensitive to cold.

The interaction between hypothalamic cells and prostaglandin E2 will increase the hypothalamic set point, resulting in the activation of the heat-generating systems. In turn, all dissipative mechanisms will be inhibited, causing the body temperature to rise sharply.

Inflammatory and neoplastic processes and drugs are also capable of causing endogenous pyrogen synthesis through the immune system. In this way, a fever can be present even in the absence of an infectious process.

How to lower fever

It’s important to note that the fever shouldn’t always be lowered; in fact, studies affirm that the reasons for lowering the fever are very few. This is because it’s a mechanism that the body has to enable it to treat and fight against injury or infection, and so it can very often be an ally.

The fever should only be intentionally lowered in patients with chronic heart or respiratory problems and when it exceeds 40 degrees Celsius. In addition, it should also be lowered in young children under 3 months of age, as their bodies aren’t well developed. In the rest of the patients, the fever can be lowered simply to improve their general physical condition.

Currently, there are a large number of antipyretic medications such as paracetamol. Most of these compounds are safe to use, however, it’s advisable to consult your doctor before starting to take them. This is to ensure that you ingest the appropriate dose and to prevent the appearance of side effects.

On the other hand, 30-minute baths have been shown to be helpful in lowering fever in young children. This technique is much more effective if carried out after giving an antipyretic drug. Generally speaking, when you have a fever, it’s best to drink plenty of water, wear light clothing, and rest as much as you can.

Pyrogens are the main cause of fever

The main reason we have a fever when we’re sick is due to the presence of endogenous pyrogens in the bloodstream. Substances such as interleukin 1 (IL-1), interleukin 6 (IL-6), or tumor necrosis factor (TNF) are capable of producing changes in the hypothalamus and increasing body temperature.

Despite being a very uncomfortable symptom, fever is an ally of the body when it comes to fighting infections. However, it’s always necessary to consult a specialist before starting any treatment, as only they are qualified to determine the origin of the problem and the most appropriate treatment. 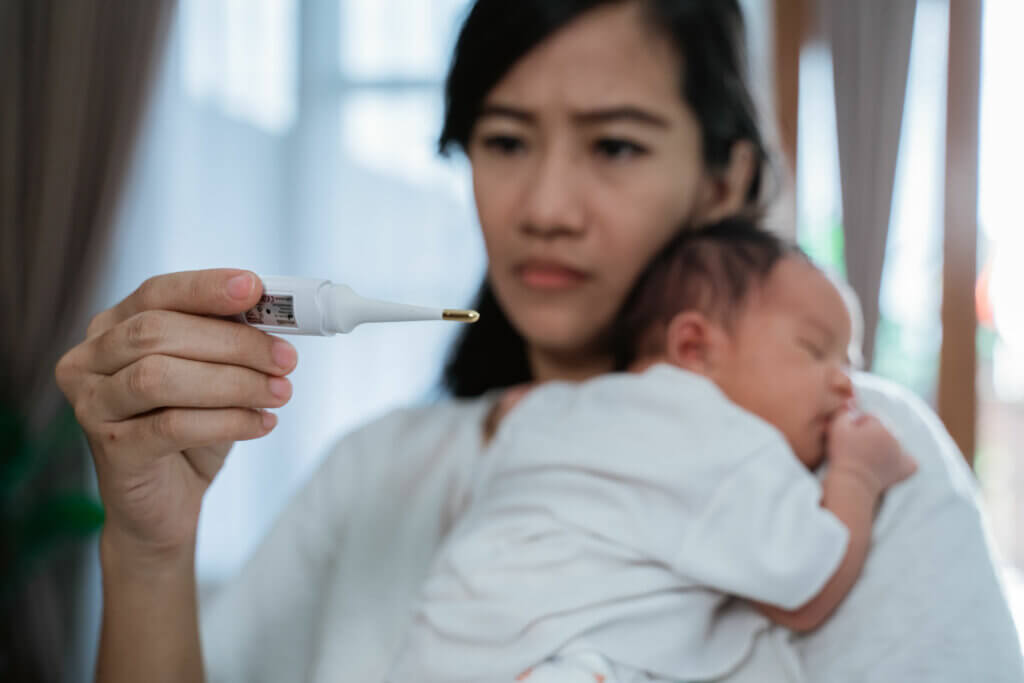