The Immune System: Characteristics and Functions

14 March, 2021
This article has been written and endorsed by el biólogo Samuel Antonio Sánchez Amador

The immune system is made up of two basic types of responses: the innate and the adaptive. Both are closely related and even share cell types. 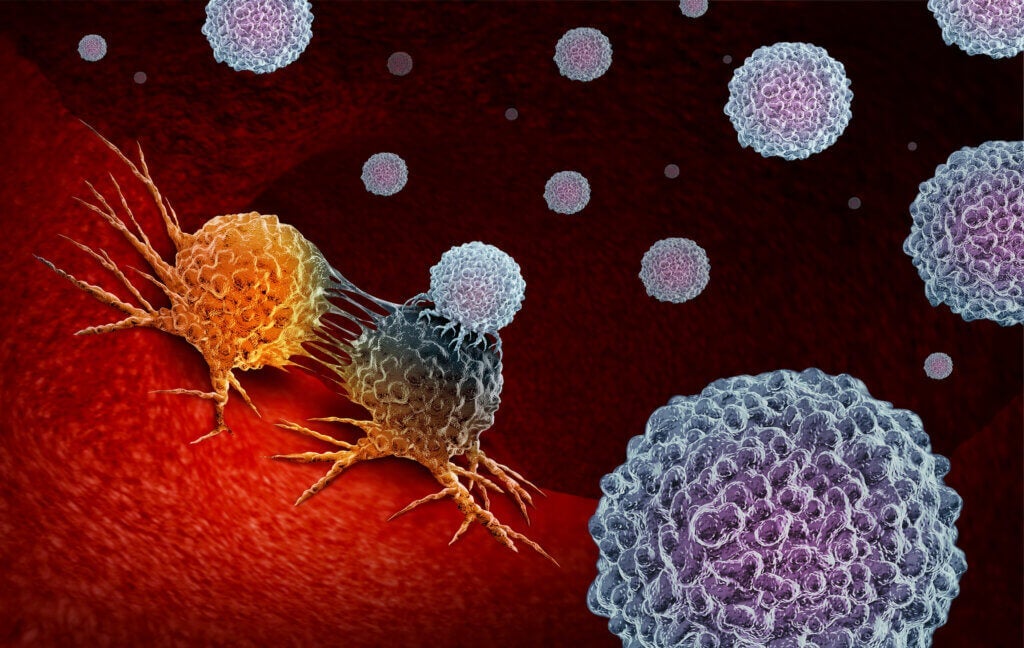 The life of living beings is a continuous war against pathogenic microorganisms. For example, humans are a perfect breeding ground for contagious diseases and pathologies, since we live in an agglutinated population where viruses and bacteria could exist freely if it weren’t for drugs and the immune system.

We aren’t moving only on conjectural grounds, because according to the Institute for Health Metrics and Evaluation (IHME), 95% of the human population has a disease at any given time and place. The body is a veritable bastion of complexity, which makes it very attractive to viruses and bacteria.

Luckily, living beings have an innate and adaptive immune system that allows us to fight infections, before and during their development. If you want to know all the peculiarities and cell bodies involved in this (almost) perfect biological mechanism, keep reading.

What is the immune system?

According to the National Cancer Institute of the United States of America, the immune system can be defined as a network of cells, tissues, and organs (and the substances they produce) that help the body fight infections and other diseases. It’s necessary to highlight this last distinction because, sometimes, threats come from within.

When we think about this set of physical and cellular barriers, infections by viruses, bacteria, protozoa and more complex parasites (such as nematodes) come to mind, but not everything is like that. Sometimes the immune system responds to a toxic chemical, or even an internal cancer cell, engulfing it.

Thus, experts postulate that the immune system exists as an evolutionary response to both endogenous and exogenous aggression. Its functions are a defense against pathogens and immunosurveillance against the failure of internal processes, such as tumors, autoimmune diseases, or allergies.

Components of the immune system

As indicated in a publication of the Las Condes Clinical Medical Journal, from a physiological and functional point of view, the immune system is divided into two variants. This isn’t entirely correct in practice for two reasons:

Therefore, we’re facing two closely related mechanisms, which have been separated for informational purposes. We’ll maintain this imaginary distinction in the next few lines, but don’t forget that we’re dealing with two sides of the same coin from a physiological and functional point of view. Wherever there are differences, bridges are built.

The innate immune system (IBS) is the first physiological barrier that microorganisms must overcome if they want to reproduce within the body. We tend to think of cell bodies such as macrophages or Natural Killer (NK) cells in this section, but the truth is that there are many more mechanisms.

Within the immune system (both innate and specific), there are two types of white blood cells, as indicated by the specialized health portal Radys Children. These are as follows:

Next, we’ll show you the general mechanisms by which the innate immune system prevents the entry of antibodies into the body or, failing that, prevents their uncontrolled multiplication.

Did you know that saliva, skin, mucous membranes, and sweat are considered part of the innate immune system? For example, biological fluids secreted by certain epithelia, such as saliva, mucus, or urine, present defensins, antimicrobial peptides that prevent the proliferation of certain microorganisms on body surfaces.

Other factors, such as an acidic pH in the stomach, and a neutral pH on the vaginal surface and on the skin are also chemical mechanisms that reduce the chances of pathogen growth. These barriers, both physical (airflow and cellular barriers, for example) and chemical, are inherent to humans, but they’re the first impediments for viruses and bacteria.

As the British Society for Immunology indicates, some of the specialized cells of the innate immune system are the most common in the human bloodstream. This is the case with neutrophils, which account for 62% of circulating leukocytes, with the function of being the first to respond to a microbial infection.

Neutrophils are responsible for non-specific phagocytosis of pathogens and are found in large numbers in pus. Other cellular examples of the innate immune system are macrophages and Natural Killer (NK) cells, which are white blood cells that kill the pathogenic microorganism.

According to the NIH, adaptive immunity is the type of response that occurs when a person’s immune system responds to a foreign substance such as a virus or bacteria in a specific way.

That is, this mechanism is specialized to detect different molecules of the germ (antigen) and improve defense capacity with successive exposures to it.

Lymphocytes (B and T) and antibodies play an essential role in adaptive immunity. Adaptive immunity to an antigen can last for weeks, months, or even the entire life of the individual. This type of response is characterized by certain dogmas:

We’ll tell you about the peculiarities of specialized leukocytes in the adaptive system in the following lines briefly.

B lymphocytes are a type of white blood cell that makes antibodies. They are formed from stem cells from the bone marrow and are also known as type B cells.

According to the University of Navarra Clinic, they‘re the only cell types capable of producing and releasing antibodies into the bloodstream. Due to the intrinsic importance of this process, it’s estimated that B lymphocytes represent up to 30% of the circulating leukocytes in the blood of an adult individual.

B lymphocytes are the basis of the humoral immune response. When antigens (substances presented by the pathogen that elicit an immune response) interact with a small population of B lymphocytes, they proliferate, leading to the expansion of the clone.

After that, they differentiate into plasma cells capable of producing specific antibodies against the said antigen.

B lymphocytes also differentiate into memory cells, which remember the infectious agent and respond effectively against it in successive infections. This is the basis of the vaccination process.

T lymphocytes are also white blood cells that are formed in the bone marrow, and they help the body fight infections and harmful phenomena such as cancer. They’re direct combatants and also producers of cytokines, biological substances that help activate other components of the immune system, one of which are macrophages.

T cells are classified into two types based on their surface markers: CD4 + T and CD8 + T. In general, it could be said that this cell type helps other elements of the immune system to activate and act against the relevant antigen. We won’t dwell on them anymore, but just remember that they’re very complex cells.

We have named this biological element several times, so we can’t finish without describing it briefly. As indicated by professional documents, antibodies and immunoglobulins are defined as products of B lymphocytes capable of specifically binding to a fragment of the antigen.

Antigens are any substance recognized as foreign or dangerous by the immune system. Furthermore, if the antigen in question is capable of producing a specific immune response, it’s considered an immunogen.

Although the immune system should only recognize foreign substances, sometimes this protective mechanism can fail, leading to autoimmune reactions.

Antibodies or immunoglobulins are glycoproteins capable of binding to their specific antigen in their variable part, while the invariable part represents the point of attachment of other immune cell bodies. To give you a general idea, antibodies patrol the blood and bind with pathogens, signaling other cells where to attack.

In general, the roles of antibodies can be summarized in the following points:

There are several types of antibodies or immunoglobulins: IgA, IgG, IgM, etc. Sometimes, the antibodies themselves can recognize harmless body tissues or cells as harmful substances, leading to autoimmune disorders.

Summary: the importance of the immune system

We’ve given you a quick and cursory tour of the immune system, but we’ve left a lot of specific terms in the pipeline. To help you get a good idea of the whole topic we can summarize it like this: the innate and acquired immune systems work in conjunction to combat external infections and internal failures that are harmful to the host.

Unfortunately, sometimes the immune system can fail. There are pathologies (such as immune thrombocytopenia), where antibodies mistakenly signal beneficial cells for the body (in this case platelets), marking them and trying to eliminate them.

These autoimmune disorders can be serious in the long term and dangerous to the individual.

Like all intricate machinery and biological mechanisms, the immune system isn’t without its errors. The important thing is that, in most cases, it acts in our favor and takes care of us against external and personal damages. Without it, life as we know it today would be impossible, especially with the health standards that we’re accustomed to. 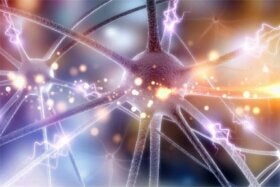 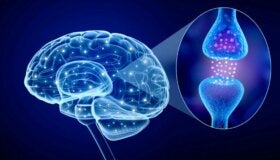 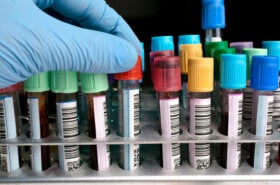 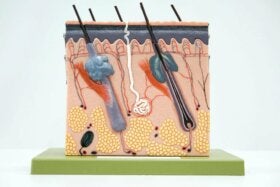 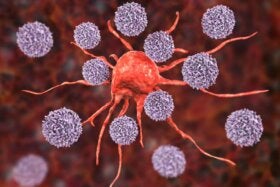 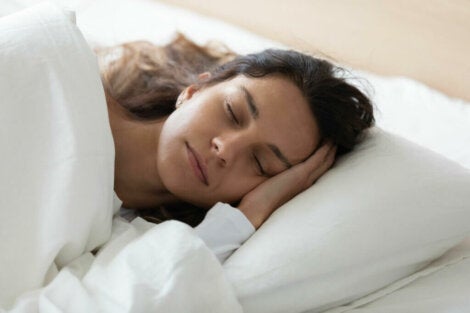