Vision problems can appear at any stage of life, myopia being one of the most frequent. Fortunately, its treatment is very simple, although this depends on an early diagnosis.

Refractive errors are common eye problems that affect visual acuity by modifying the incidence of light rays on the retina. One of these types of errors is myopia, which can be defined as the ‘difficulty to see clearly some distant objects’.

The human eye has multiple means of light refraction, which are responsible for directing light rays and focusing them on a specific point on the retina. The most important structures are the cornea and the lens, although the shape and size of the eyeball also has a great influence.

Myopia is a visual acuity disorder that affects millions of people around the world. In fact, the American Academy of Ophthalmology states that 25% of North Americans suffer from it. This condition tends to worsen over the years, so its diagnosis and treatment are of great importance.

All light rays must hit a specific point on the retina called the fovea to guarantee the best visual acuity. However, refractive errors deflect them. Generally speaking, the vision problem in question is due to a problem with the cornea, the lens, or the size of the eyeball.

One of the main causes is an excessive elongation of the eyeball – it’s longer than usual. This increase in size causes the observed image to form in front of the retina and not on it. When the refractive problem is due to this cause, it is called axial myopia and it is usually congenital.

Some substances such as vitreous humor and aqueous humor participate in the refraction of light rays, so alterations in them can generate myopia. This specific type of myopia is related to aging, so it can be confused with presbyopia.

All of the aforementioned problems can appear in anyone and can be due to both genetic and environmental factors. The genetic origin of the disease presents minimal figures worldwide, which is why it’s usually associated with industrialization, pollution, and diet during childhood.

The main symptom of myopia is decreased visual acuity, especially with objects that are at a distance. In this sense, objects located in the vicinity are observed with great clarity, while objects that are far away tend to be observed in a blurry way or with blurred edges.

In most cases, the eyes try to adapt and improve vision on their own, so visual acuity tends to decrease when the disease is advanced. However, there are certain symptoms that may indicate the presence of a refractive problem, among which we can mention:

This refractive problem can appear from childhood, but it’s more difficult to diagnose at this stage of life. Children’s vision is still developing, so the means of refraction are more flexible and tend to better adapt to all changes without the need for blurred vision.

However, vision problems in young children can generate certain very subtle symptoms, among which the following stand out:

The early diagnosis of the pathology is of utmost importance to prevent its progression. Myopia can get worse to the point of causing loss of vision, in fact, studies show that myopia is the third most common cause of blindness worldwide after glaucoma and cataracts.

In this sense, it is vitally important to go to an ophthalmologist when the existence of the disease is suspected. Only they will be able to perform an analysis and accurate diagnosis. One of the most accurate methods of detecting myopia is the refraction test.

During a refractive exam, the specialist can use various devices with lenses and will ask you to look through them. Other useful tests are the measurement of visual acuity through charts and an eye health exam with dilated pupils.

One of the most used treatments to correct myopia is the use of divergent glasses or contact lenses. Both these methods have the advantage that they’re non-invasive and can be used to correct the defect regardless of its severity.

However, these methods can cause cosmetic problems and the appearance of styes when they’re not cleaned properly.

On the other hand, studies show that 80% of myopia cases are due to alterations in the cornea, so that certain surgical treatments can permanently correct the defect. The procedure consists of the use of a laser to modify the curvature of the cornea.

Despite its great utility, not all patients are suitable for a laser operation, so they must meet the following requirements:

In recent years, multiple investigations have shown the efficacy of the use of atropine 0.01% to prevent the progression of refractive errors in children. This is because it interferes with the growth mechanism of the eyeball, although its mechanism of action still isn’t entirely clear.

Myopia is one of the most frequent refractive problems worldwide. However, its diagnosis can be delayed. This is especially the case when the problem is mild and when it occurs in young children. In this sense, it’s extremely important to go to the ophthalmologist when some of the symptoms already described appear.

Early diagnosis and timely treatment of the disease are essential in order to prevent the problem from progressing and causing blindness. Fortunately, there are multiple treatment options available that are adapted to each particular case. It’s best to talk with the specialist and decide which is the best option. 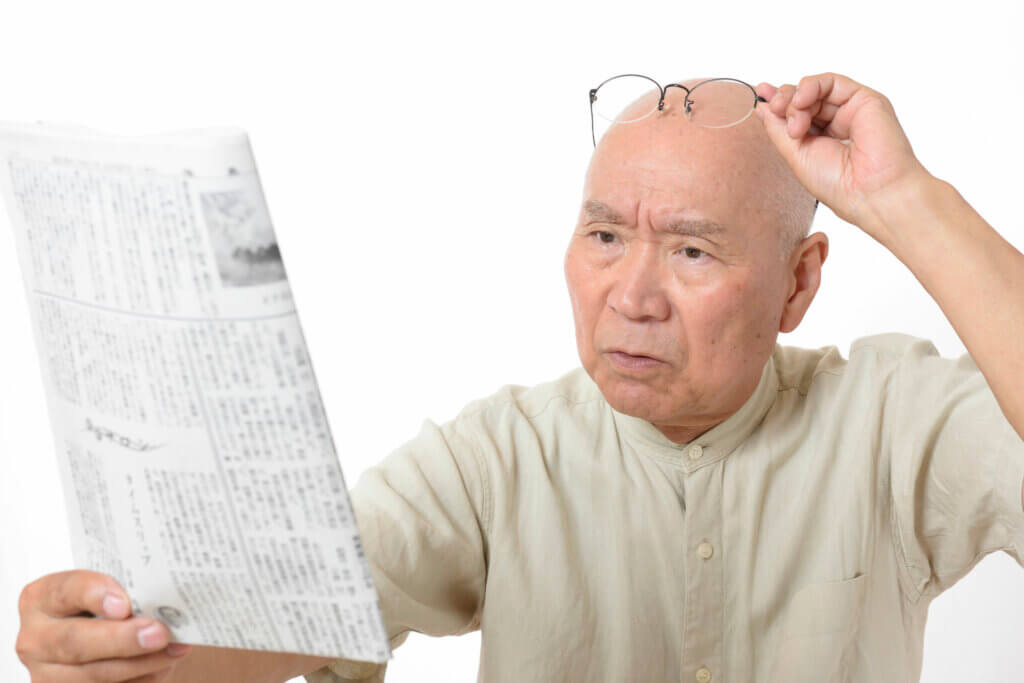 Presbyopia: Everything You Need to Know
Presbyopia is a common visual condition characterized by decreased visual acuity with advancing age. Here we'll tell you all about it. Read more »
Artículos Interesantes