Portada » Mente » Somniloquia: ¿por qué hablamos en sueños? » Somniloquy: Why Do We Talk in Our Sleep?

Somniloquy: Why Do We Talk in Our Sleep?

26 March, 2021
This article has been written and endorsed by la psicóloga Laura Ruiz Mitjana

There are people who speak in dreams, while they sleep. They send messages with or without meaning, and it is something that usually generates a lot of curiosity in the people around at that time of night. We are talking about sleepiness. 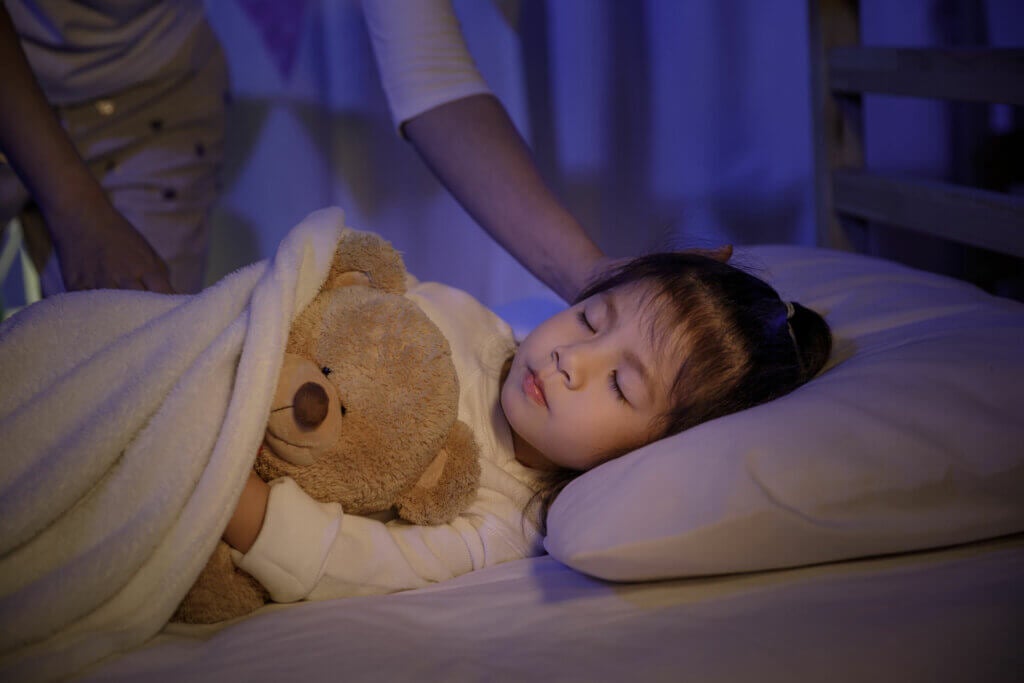 You probably know someone who talks in their sleep. Or perhaps someone has told you that they’ve heard you doing this. Is this something to worry about? What exactly is it? Well, we’re talking here about a sleep disorder – in this case, a parasomnia called somniloquy.

So, why exactly do we talk in our sleep? Some hypotheses point to mismatches in activation and inhibition in some areas of our brains as we enter and exit the sleep phases. It can also be associated with altered moods or unresolved intrapsychic (and unconscious) conflicts.

In this article, we’re going to shed some light on this curious type of parasomnia, where the person can whisper, speak or shout, say meaningful or nonsensical words, make sentences, and even give a monologue! Keep reading to find out more about this fascinating subject!

Somniloquy: What is it?

Somniloquy, or sleep-talking, is a type of parasomnia. Parasomnias are a type of sleep disorder in which the person manifests abnormal behavior while they are asleep.

In the specific case of somniloquy, this means that the person utters words while they are asleep. They do this completely unaware of what is happening.

Thus, in a general way, we could define somniloquy as “speech or the emission of sounds with psychological meaning during sleep, which is usually linked to dreams” (Estivill and Segarra, 2003). It is very common in children, with a high prevalence (25-50%).

The intensity with which the person speaks can vary greatly from person to person. There may be people who whisper, others who speak in a normal tone, and others who even scream and shout. While they’re expressing these words, the person may even show clear emotions, such as fear, laughter, or crying.

How long do the somniloquy episodes last? Well, it can be anything from just a few seconds, up to a few minutes. After uttering these words, the person doesn’t remember anything.

The content of what the person says may or may not be intelligible. Some people speak and utter words, and even phrases, with real meaning. Sometimes, people can even carry out a little monologue with themselves or have a conversation with someone else (who may or may not be a part of their dream).

Whether you can actually talk to the person in question is not so clear. Can people with somniloquy respond to questions that people ask them? Although at times it may seem that they can, the fact of the matter is that this can’t be so, as the person isn’t aware of what they are doing at that time.

At what age does it appear?

Somniloquy can appear at any age, although it is common in children (Estivill and Segarra, 2003). According to this latest study, somniloquy is one of the most frequent parasomnias in childhood, along with sleepwalking, night terrors, nightmares, and bruxism.

So, it is rather common in childhood and, in principle, it should cause you any concern. In adults, even though there doesn’t necessarily need to be any underlying situation that’s worrying them, it may well be that they have some type of problem or symptom that could explain somniloquy in their life. Anxiety is one such underlying cause here.

Why do we talk in our sleep?

But why does somniloquy appear? The truth here is that experts don’t really know the process or cause which could explain why some people talk in their sleep.

What they do know is that somniloquy can appear in any of the sleep phases (although it’s more likely to appear in some than in others, as we’ll see below).

Experts also know that its explanatory mechanism is similar to the one that causes other parasomnias, and this is based on the following: a mismatch in the activation and inhibition of brain areas when we go through the different phases of sleep.

This maladjustment occurs in phases 3 and 4 of non-REM sleep and in the REM phase. Thus, in reality, somniloquy is more likely to appear in one of these phases.

We know that, during REM sleep, paradoxical sleep or desynchronized sleep, our muscle tone decreases to a great extent, while the physiological activity of our organism increases.

However, in people with somniloquy, the brain areas that control orofacial muscle activity remain active, and experts have postulated that this is what would allow the person to speak while sleeping.

In deep sleep (non-REM sleep) something similar would occur, although, in this case, sympathetic activity is reduced.

As we will see in more detail later, somniloquy can also appear, or intensify, in anxious or stressful situations.

Thus, in its etiology, emotional and psychological factors could also intervene, which have to do with our current state (state of mind, experiences, etc.).

When does somniloquy appear?

As we have seen, somniloquy is common in children, but also in adolescents. As the person grows, the somniloquy is more likely to go away.

On the other hand, somniloquy often seems to be associated with other sleep disorders. As a result, there is a certain comorbidity in this regard. The disorders most associated with talking in dreams are sleepwalking and night terrors.

This type of parasomnia can also appear due to intoxication due to substance use, in feverish states, and also in stressful times.

In some mood disorders it can also occur more frequently, in addition to anxiety disorders and dissociative-type states.

How does it affect our life?

Although it’s true that somniloquy, in principle, isn’t a serious, harmful or worrying condition, it’s also true that it can generate some interference at a social level in people who sleep together.

In this sense, it isn’t a pathology as such, but it can cause some problems. It can cause the other person to wake up suddenly or to be worried about their partner. They may find it difficult to fall asleep again, maybe trying to interpret (and possibly misinterpreting) their words.

It can also generate concern or fear, especially when, along with their words, the person starts to cry, laugh, or even scream. In this way, the condition can cause more discomfort to the people around them, than to the person with somniloquy.

However, we must also bear in mind that the person with somniloquy may become scared about saying things that they don’t want to in their sleep, and that others will hear those words.

These people may avoid contact with their partner during the night or find somewhere else to sleep, and this can lead to conflicts or misunderstandings in their relationship.

Should it be treated?

In principle, if somniloquy doesn’t cause serious interference in the person’s life, then no treatment is necessary. In general, this parasomnia disappears with time (and in adults the cases are minor).

In cases where the parasomnia generates some type of discomfort or interference in the person’s life, then some techniques can be applied.

Breathing and relaxation techniques are generally recommended before going to sleep, as well as following certain guidelines for good sleep hygiene.

In the latter case, we’re talking about taking measures such as not consuming stimulant substances after six or seven in the afternoon, always going to sleep at the same approximate time, avoiding large dinners, reducing the use of screens and mobile phones, and using the bed just to sleep, and not for work or using phones.

Conflicts in your emotions?

In the event that somniloquy creates (or intensifies) due to emotional problems, then we recommend consulting a professional.

In this sense, psychotherapy can be a good option to investigate our state of mind and possible unresolved conflicts in our life, often unconscious ones.

We tend to think that sleep and wakefulness aren’t related, but that’s not quite true. When we sleep, in a certain way, our unconscious wakes up.

In this way, when sleeping, “remnants” of our conscious state (or internal problems) may appear through disorders such as somniloquy or through nightmares, recurring dreams, etc.

“Before going to sleep, before every night, forgive everyone and sleep with a peaceful heart.”

You’ve probably realized throughout this article that the explanation for this disorder won’t always be related to some type of psychiatric illness.

In fact, it’s usually quite common in children, and so, unless the symptoms are very bothersome, it doesn’t usually require treatment. In case of doubt, it’s always advisable to go to a specialist in the area. 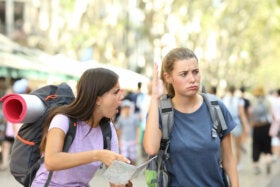 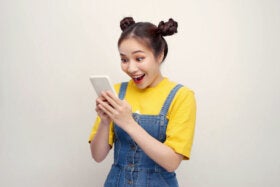