What Is Alcoholic Amnesia?

1 June, 2021
This article has been written and endorsed by la psicóloga Laura Ruiz Mitjana

Alcoholic amnesia is a memory loss caused by drinking alcohol. If you want to know what happens at the brain level in this situation and what variants of it exist, stay and read! 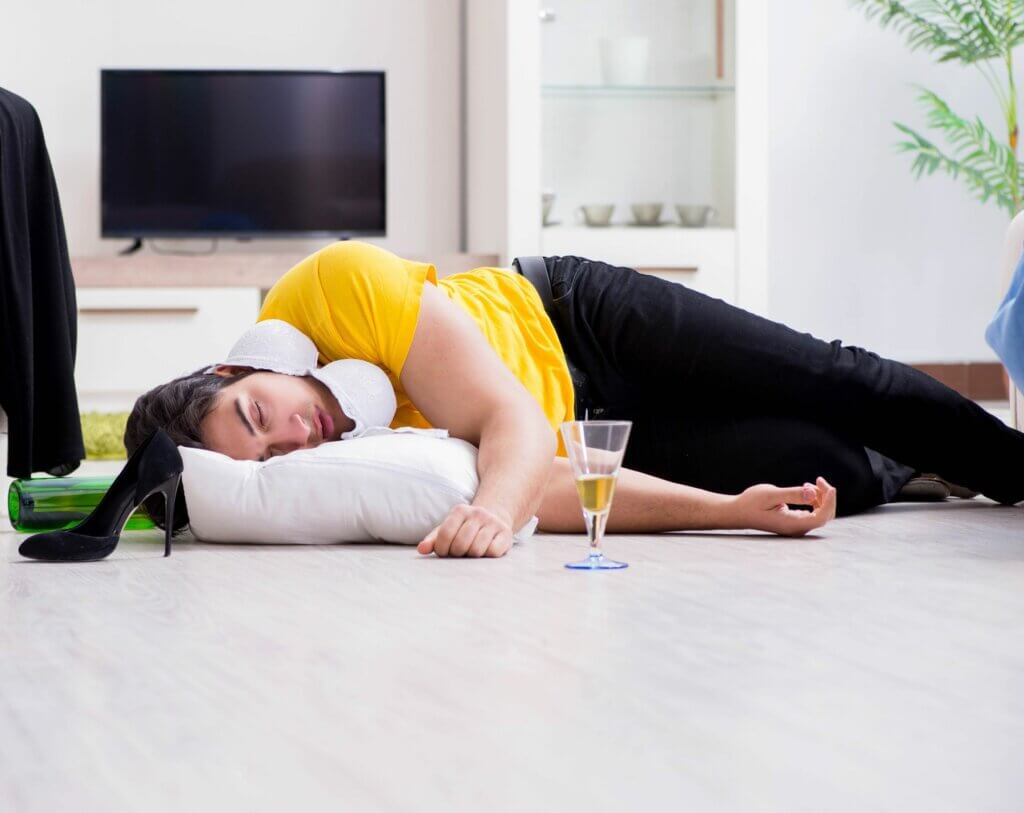 Alcohol is a depressant for the nervous system – a legalized drug that causes a significant physical and psychological impact on people, producing irreversible damage to health. One of these effects is alcoholic amnesia, which is produced by the massive consumption of this substance.

Its abusive consumption has become a public health problem in many countries, and, according to the World Health Organization (WHO), more than half of the population of Europe and the Americas consume alcohol.

In addition, between 11 and 15% of men suffer chronic dependence on this substance, compared to 3-5% of women. What else do we know about alcoholic amnesia? Is it temporary or chronic? What are its consequences? Are there variants?

What is alcoholic amnesia?

Alcoholic amnesia is a neuropsychological alteration that occurs in a person’s memory as a result of alcohol consumption. Thus, its main characteristic is memory loss.

According to a study by Calvo (2003), memory is one of the most commonly altered processes in alcoholics (especially short-term memory). Alcoholic amnesia is a transitory type of amnesia, which is linked to alcohol consumption in the form of a blackout and which creates an episode of anterograde amnesia.

In fact, this type of amnesia is one of the aspects explored in the clinic when the diagnosis of alcohol dependence or abuse is made.

As we said before, alcoholic amnesia is an acute alcohol consumption disorder. It’s temporary and can appear together with other disorders such as delirium tremens, seizures, atypical intoxication, sleep disorders, or sexual dysfunctions, among others.

This amnesia occurs when alcohol interferes with the normal functioning of the hippocampus, the brain structure involved in different types and processes of memory. However, it also has other implications in the brain, which we’ll see a little later.

On the other hand, this type of alcohol-related amnesia, which is also called partial amnesia or blackout, can be of three types: state-dependent, fragmentary, or en bloc. We’ll describe each of them below.

It’s a type of amnesia that often affects people who aren’t dependent on alcohol but who binge on it from time to time (consuming large amounts of alcohol in a short time).

In this case, there’s no clear demarcation of the time limits of memory loss. The subject has “islands” of memories that are protected from the periods of amnesia.

In blackout amnesia, according to Kopelman, there are definite time limits to the amnesic period during which leaks can occur, and in which the person has no recollection of the episode.

What happens in the brain?

When we consume alcohol, this substance mainly affects certain areas of the brain: the frontal cerebral cortex, the hypothalamus and the cerebellum. These areas are related to different cognitive (attention, memory, planning…) and emotional processes, as well as processes related to movement.

However, of all these processes, memory is the most affected cognitive function when alcohol is consumed in excess, and hence the high prevalence of cases of alcoholic amnesia in habitual users.

Just consuming alcohol won’t make you suffer from alcoholic amnesia. People who are most at risk of suffering from it are those with an addictive or alcohol-dependent disorder, usually of long duration. It can also appear in those who consume liquor, or other alcoholic beverages, in the form of a “binge”.

What is a binge? An alcohol “binge” is the successive intake of five or more alcoholic drinks in men and four or more in women, in a time interval of two hours or less. Thus, these people would also be at risk of suffering an acute memory-related disorder, such as alcoholic amnesia.

As for people with an addictive or alcohol-dependent disorder, it isn’t uncommon for them to suffer some type of cognitive impairment, often related to memory. In this way, alcoholic amnesia in these people is quite frequent.

In this type of amnesia, there’s a chemical and neurological disruption of the hippocampus. Remember that this is a brain structure involved in various memory processes. When alcohol is ingested in excess, the receptors of the hippocampus are altered.

These receptors transmit glutamate, a neurotransmitter, that facilitates communication between neurons. If this process is altered, the cognitive functions in charge of the structure in question (the hippocampus) will also be altered.

More specifically, as a result of this consumption, neurons produce steroids and these, in turn, hinder communication between neurons. What happens in the short term? The brain temporarily loses the ability to create new memories. In turn, there’s a loss of access to previous memories.

Thus, the person who suffers from this alteration can do many things during their day-to-day lives, but remember very few (or none) of them.

Other factors that influence

Although alcoholic amnesia, as we have seen, occurs mainly in people addicted to alcohol and who have consumed the substance for many months or years, the truth is that all these brain changes occur, above all, by drinking too fast.

In addition, other variables such as the alcoholic graduation of the drink in question and the fact of having an empty stomach or not. If the stomach is empty, the risk of alcoholic amnesia is greater because the impact of alcohol is also greater.

On the other hand, another factor that also influences its appearance is the ability of each person to metabolize the substance; this ability depends, in turn, on genetic factors and the frequency with which alcohol is consumed.

The impact of alcohol

The impact of alcohol on our health is an undeniable fact. In addition, this impact is more serious in people who are habitual consumers of alcohol and, above all, in those who have an addictive disorder (either due to substance abuse or dependence).

As stated by the WHO, the harmful use of alcohol is a causal factor in more than 200 diseases and disorders. In fact, according to the same organization, 5.1% of the global burden of disease and injury can be attributed to the use of this substance.

Among all these effects we find alcoholic amnesia, although there are many other possible effects of this substance.

The consumption of alcohol can produce two types of disorders: acute and chronic. Within them, we find:

And, within the chronic disorders produced by alcohol, we find some that are even more serious because they last forever: cognitive alterations, Wernicke-Korsakoff encephalopathy, and sexual dysfunctions. 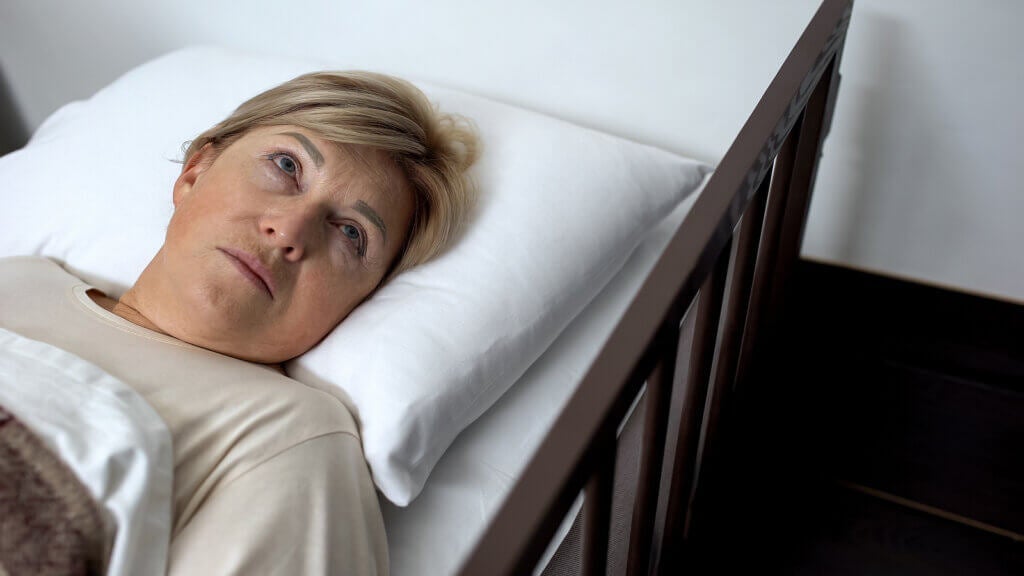 What Is Amnesic Syndrome?
Amnesic syndrome is a global and stable memory impairment that appears due to a brain injury. Learn more! Read more »
Artículos Interesantes