19 April, 2021
This article has been written and endorsed by la psicóloga Laura Ruiz Mitjana

Have you ever heard of misophonia? It's a specific sensitivity to certain noises or sounds, which causes great discomfort to the person who suffers from it. What noises, why does it appear and how is it treated? Find out!

Misophonia is an intolerance or excessive sensitivity to certain sounds. These are usually sounds that people emit (for example yawning, gargling, coughing, whistling, etc.), although there are many other specific sounds that also cause misophonia.

Its prevalence is unknown, although some surveys (Jastreboff et al., 2001) with patients with tinnitus (frequent in 4-5% of the general population) suggest that misophonia appears in up to 60% of the population. However, in another study by Sztuka et al. (2010), a much lower figure was found (10% affected).

Thus, misophonia causes discomfort when listening to very specific sounds. In relation to its origin, there has been talk of underlying neurological disorders, negative experiences with certain sounds, or suffering from an obsessive-compulsive personality disorder. Would you like to get to know more about this problem? We’ll tell you all you need to know in this article!

Misophonia: what is it?

Misophonia is defined as selective sensitivity to sound, and involves feeling irritability, fear, or discomfort. This involvement is a possible sign of an underlying neurological disorder.

What does the person find intolerable? It can vary a lot from one case to another, although, in general, the sounds are related to:

In reality, the type of sound that triggers a certain reaction (or the misophonia itself) is specific to each person. These reactions can range from anger, anxiety, or panic.

The term “misophonia” is made up of two elements: “miso” (which means “hate”) and “phonia” (“sound”). That is, a phobia of sounds. The first to use this concept were the American doctors Pawel and Margaret Jastreboff, specializing in otorhinolaryngology, in 2000. So, as you can see, it’s quite a recent concept.

However, this pathology doesn’t have official recognition in the international classifications of psychiatric disorders, such as the DSM-5 ( Diagnostic and Statistical Manual of Mental Disorders ) and the ICD-10 or ICD-10 ( International Statistical Classification of Diseases and Health-Related Problems ).

We mustn’t confuse misophonia with hyperacusis (also called algiacusia or hypersensitivity to sound). Thus, when we speak of hyperacusis we’re referring to a very debilitating auditory syndrome (according to Pienkowski, 2014), which converts everyday sounds in the environment into painful sounds.

In other words, a person suffering from hyperacusis finds normal sounds to be extremely annoying, painful, and even intolerable. On the other hand, in misophonia, as we saw, the sensitivity is to specific sounds (that is, it’s a selective sensitivity).

These symptoms can make the person isolate themselves, or avoid certain situations (avoidance behaviors typical of phobias). Thus, people with this hypersensitivity can manifest such reactions by imagining what the sounds they hear can cause them. It’s common for them to imagine that the sound will cause them some kind of damage.

On the other hand, typical symptoms of anxiety may appear, such as the following:

These symptoms can be related to certain people or places. Another symptom that can appear as a result of all the aforementioned is a progressive isolation to try to avoid any type of uncomfortable or intolerant sound for them.

In more serious cases, the person with misophonia may manifest violent behavior towards others, towards animals, or towards the objects involved with these sounds.

What usually happens here? Well, the person feels unable to tolerate or bear the specific sounds they “fear”, and, as a consequence, ends up manifesting extreme anger, as well as the physical symptoms mentioned.

Among the causes of misophonia, we generally find a basic neurological disorder. In addition to this, on its etiological basis, according to studies by Schröder et al. (2013) and Hazell (2012), we also find negative experiences with certain sounds, especially during childhood.

There has also been talk of a misinterpretation of auditory (and in some cases, visual) stimuli by the central nervous system. In some cases, misophonia has been associated with an obsessive-compulsive personality disorder.

The truth is that the true causes of this problem remain a mystery, although some hypotheses such as those mentioned above have been postulated.

The first step in a possible case of misophonia is to determine its cause. What we mean here is to explore whether it has organic, psychological causes, etc.

In order to do this, it’s best to go to a specialist who can also recommend a specific treatment for the pathology. However, we must emphasize that, so far, no cure has been found for misophonia.

From a psychological perspective, a cognitive-behavioral treatment is usually used to treat the symptoms derived from the disorder, as well as the possible dysfunctional thoughts associated with it. The goal is for the person to face their fears and also to be able to vent their frustrations and feelings during the therapies.

What to do if I suffer from misophonia?

Misophonia is quite a common disorder that can significantly deteriorate the patient’s quality of life. If they should show any of the aforementioned symptoms, it’s advisable to go and see both a specialist doctor and a psychologist.

The most appropriate medical professionals to attend to these cases are psychiatrists and neurologists. As therapeutic options other than mental therapy are scarce, the cognitive-behavioral approach that we have mentioned in the article tends to provide greater benefits. 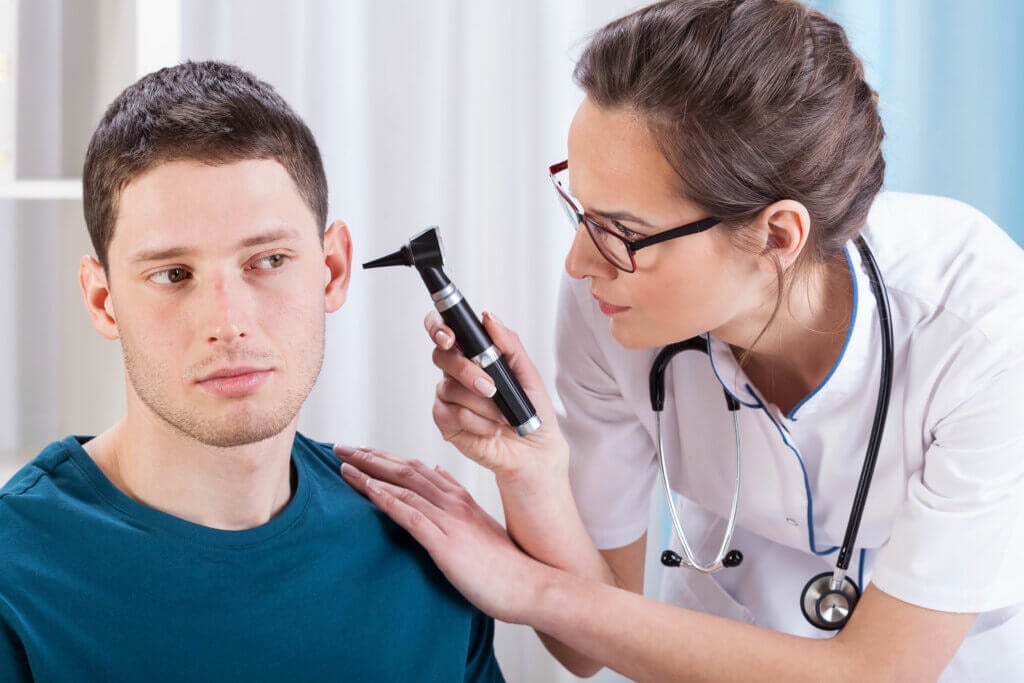 The 3 Most Common Ear Diseases
The most common ear diseases are all very uncomfortable and can make it difficult for you to carry out daily activities. Read more »
Artículos Interesantes